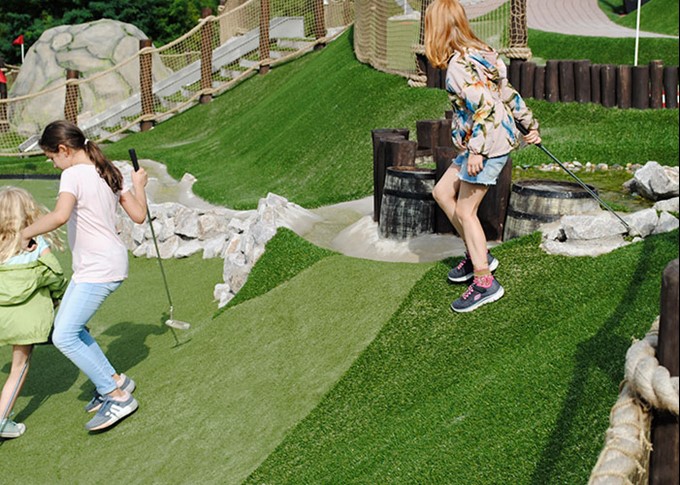 The Adventure Golf att Golfanlagen Hohenhardter Hof was built up a steep hill. This has given it a very unique design, where the slope is used in several holes. As a bonus, you get a great view of the large golf course when you reach the middle of the game.

Travel back hundreds of years in time and you end up in the Middle Ages. This theme is clearly featured at Adventure Golf Hohenhardt, where knights coincide with castles, moats and armbrushes.

Immediately when the player enters the facility, they are welcomed by a knight in shining armor. His sword, however, is stuck in a rock on the first hole. 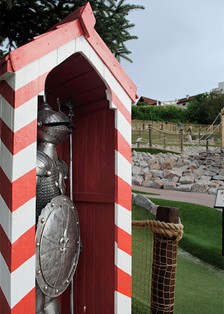 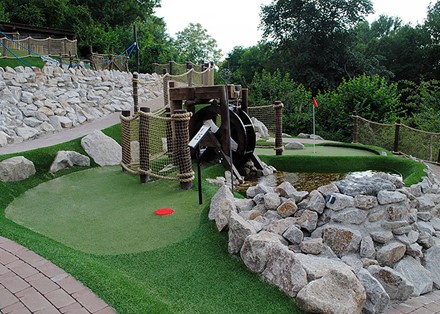 The game goes on and we pass bears, armbrushes, a big sun clock and a stock before we reach the smith. Here, the ball has to pass past the anvil in the middle of the faiway and a photo spot where you can take pictures as the smith’s family. The game carries on over water and bridges.

On an island in the water is a model of a local castle. To get over, the ball is played over the drawbridge. Last at the Adventure Golf, a throne is waiting for the one in the company that won the game. 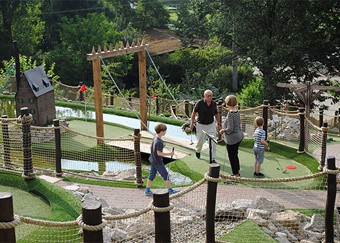 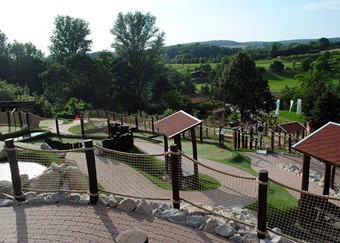 The golf club constructed the adventure golf course on an irregularly shaped plot on a steep slope, which, through ingenious terracing, provides a gentle incline with fantastic views and enthralling obstacles at every level. Since opening, the club has proved to be a huge magnet to the general public, generating high ticket sales from players as well substantial income at its kiosk.

Not only have the ticket sales for playing the adventure golf course added to the club’s profitability, but also income from food and beverage sales from the on-course kiosk and the club restaurant have increased dramatically.  Takings have also risen on the driving range and through additional green fees, in the pro shop, and through a greater uptake in golf lessons. 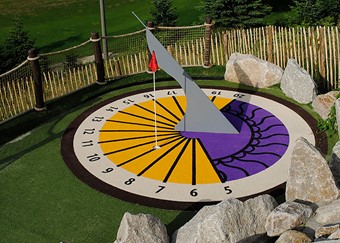 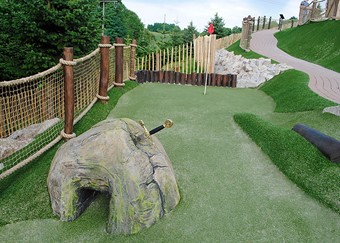