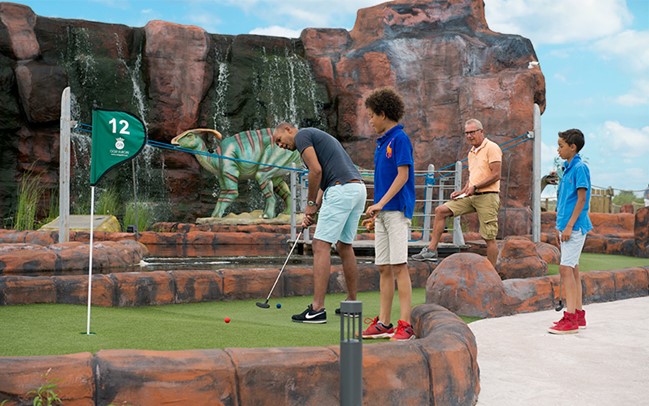 Playing Adventure Golf at Jurassic Golf is an adventurous and educational experience for players of all ages. With its 18 holes and dinosaur theme, Jurassic Golf is the first adventure golf course in the Netherlands.

Players travel millions of years back in time aenabling them to stand eye to eye with a Brontosaurus, Triceratops, Velociraptor and many others. Several of the dinosaurs are animatronic and move as if they were alive. Each dinosaur also has its own placard providing further information for those interested in learning more.

The course is filled with fun surprises and details, as for example an enormous cave, a waterfall, footprints on the fairway, fossils in the stones, a crashed dino jeep, and a raft. 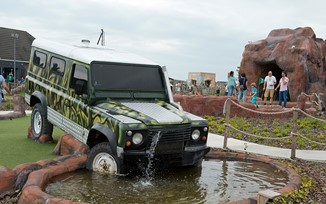 ”From the first day that our course opened (in December 2015), we have been visited by many new customers of all ages every day. And after a few months we still see the number of customers growing every day and also many returning customers”, said owner, Michel de Meijer.

Jurassic Golf is a part of IJsselweide Golfbaan in Gouda, Netherlands, and at the forefront of golf courses in the Netherlands. In February 2016 Michel de Meijer was awarded the Dutch Golf Federation’s Innovation Award. 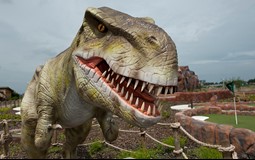 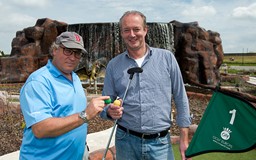