This year’s Europe Attraction Show was held on 26–29 September in London, UK. The City Golf Group exhibited at stand number 1000. This was the eighth edition of the highly successful show, and attracted an impressive 7,000 visitors. 67 business contacts were established at stand 1000 alone, where our representatives Johnny, Gary and Mogens worked alongside a rather spectacular colleague – a pirate.

Our German representative Mogens L. Lesch reports: “Our stand was extremely busy on the first day, with slightly fewer visitors on the second. We made excellent contacts with other exhibitors and visitors. Overall, the show was a huge success for us.”

The team behind EAS 2011 reported that the show, held in Olympia in London, UK, had a record-breaking 336 exhibitors. This European show moves to a different country and city every year. EAS 2012 is already being planned in Berlin, Germany, and will kick off on 9–11 October. According to Chairman Mats Wedin, “Berlin is the perfect place for next year’s show”. We’re already looking forward to it! 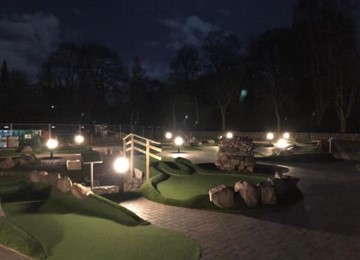 Jönköping BGK now has its MOS course ready in Liljeholmsparken.